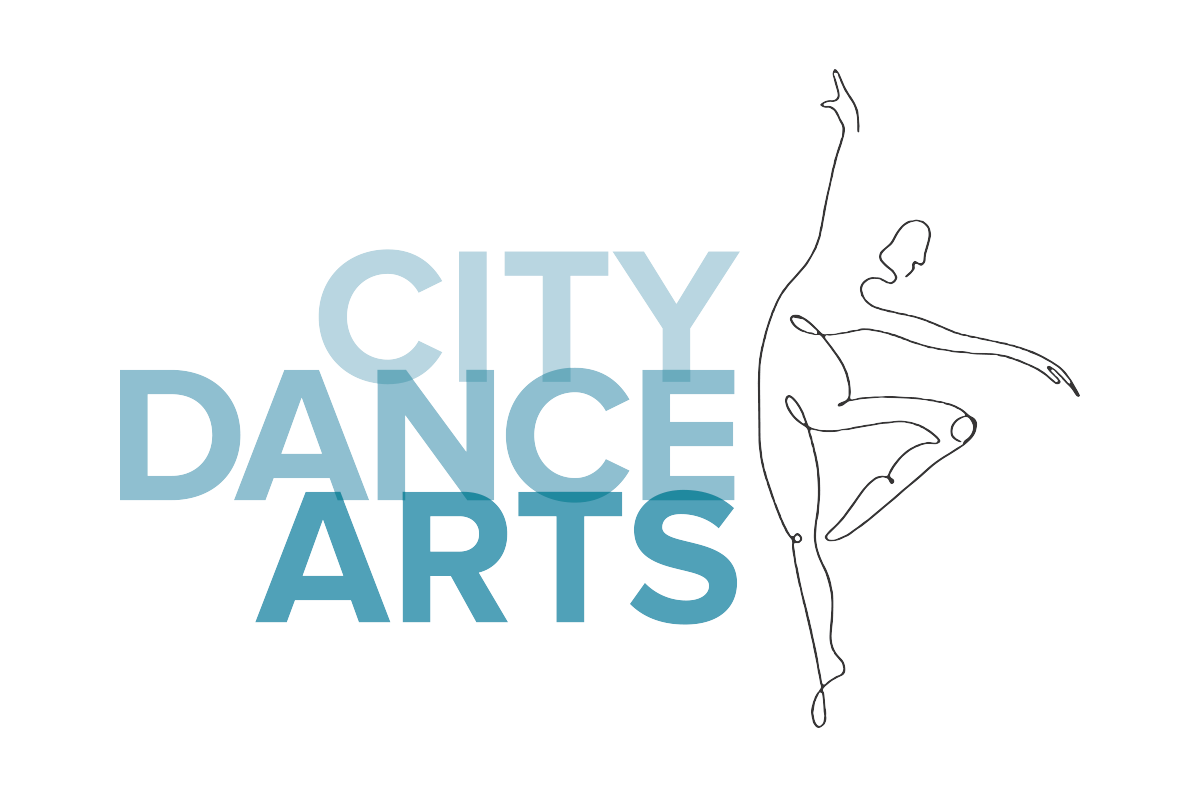 About
Mary Anne grew up with a ballet based background and grew to incorporate all styles of dance, training with some of the countries most respected teachers and choreographers from institutions such as the National Ballet of Canada, The Royal Winnipeg Ballet, and Decidedly Jazz Danceworks. Mary Anne Campbell holds an Honours Bachelor of Fine Arts in Performance Dance from Ryerson University, as well as a Bachelor of Education as a specialist in dance from York University. Mary Anne is an Associate member and a registered teacher with the Royal Academy of Dance, as well as an ADAPT TTS in Jazz and Tap.
Mary Anne’s teaching has taken her nationally and internationally from Toronto to England, to Trinidad and Tobago. Most recently Mary Anne has taught dance and drama at University Academy in West Yorkshire, United Kingdom for 2 years. Her students have attained high marks in examinations, many accolades in competitions all over Canada and the US, and have been accepted to the schools such as the National Ballet of Canada, the Royal Winnipeg Ballet, Ballet Jorgen, Alberta Ballet, Ryerson University and York University. Mary Anne’s choreography has been seen on stage and film. She was the resident choreographer at Toronto’s Solar Stage choreographing for many musicals including Cinderella, The Pied Piper and many more. She has choreographed for the Fringe Festival, fFIDA International Dance Festival, In a White Room and Oakridge Secondary School. Her performance career included stage, film, entertainment, and music videos, as well as many industrial conventions. She has danced for the Ontario Ballet Theatre, York Dance Ensemble, The Dance Company, and Syndicate Films.

Holding an Honours BFA from York University, Jennifer Robichaud has had extensive dance training in many disciplines, specializing in jazz and contemporary forms. Jennifer co-founded Larchaud Dance Project in 2004 and has since held the position of Artistic Director. Aside from her vast work with Larchaud Dance, Jennifer is also best known for her work as a collaborator with Anandam Dancetheatre, and a performer with AKA Dance. She was a featured choreographer on the Gemini nominated documentary series Freedom (Bravo). Her performance credits include LDP productions (Gridlock/15, Elegant Beast/12, Fossil/12, Game Over/10, Back to X/09, Caution/07, SHINJIRU/06, Stript Bare/05), Porch View Dances/14, Nuit Blanche11/08/07, Illuminite/10, Guelph Contemporary Dance Festival/10, Beats Breaks and Culture/09, Fringe Shanghai/06, Toronto International Dance Festival/06, Wintercity Festival/06 and commercial work. Jennifer leads countless workshops as part of the Larchaud Dance Project and has been involved with many youth programming initiatives in the city. She is currently on faculty at George Brown Dance/Ballet Jorgen, Conteur Academy, and is contract faculty with York University’s Kinesiology Department.

Jessica Fallis is a versatile dancer with a performance history that spans a variety of genres. She is a graduate of the Dance Performance Studies program at George Brown College, and since then, has traveled the world on a variety of performance & choreography contracts.
Most recently, Jessica has become a choreographer for The Canadian National Dance Team, which has competed in Spain, Portugal and Italy the past few years, bringing home several medals. Jessica was the Corporate Choreographer, soloist and dance captain for Club Maeva Resorts in Mexico for 2 and a half years. She also traveled to Nagasaki, Japan on a 6 week performance contract at the prestigious Huis Ten Bosch resort. In addition, she was a member of the 2004 Canadian National Tap Team, winning the Gold Medal in Reisa Germany, and spent the Summer of 2003 at the Quinte Ballet School of Canada’s Professional Summer School.
Jessica’s artistic and inventive choreography have won her countless awards throughout her career. She choreographed and cast a children’s music video for CBC Kids, which aired across Canada for several years.
For 3 years, Jessica was a member of the Toronto Rock Dance Team, performing to thousands at the Scotia Bank Arena. She was also head coach/choreographer for the Junior Dance Team, the “Junior Gems”. She was a member of the Tap Company “DownBeats” under the direction of Cathy Duncan for 3 years, and frequents Broadway Dance Centre in New York City, to continue her dance training.
Performance credits include, “Coco Bongos”, Playa del Carmen, Mexico, “Much on Demand” with Jesse McCartney, Everett Smith’s Tap Flash Mob at Dundas Square, “Experience Impossibility Tour”, Ryan Joyce Magic Show, “The Award Winning Nickelodeon Parade” at Canada’s Wonderland, “La Bayadere” under the direction of Chan Hon Goh, Breakfast Television and YTV.
Jessica is a certified teacher through the Performing Arts Educators of Canada in both Tap & Jazz. She is also a certified Acrobatics instructor through Acrobatic Arts. She enjoys adjudicating, and sharing her wealth of knowledge with the future generation of dancers.

About
Choreographer, dance educator and Artistic Director, Kathryn Miles is an independent
artist crafting a diverse career that draws on her experience in dance, music, theatre, film and design. Kathryn’s work spans live performances, film and video. She is Co Artistic Director and Producer of the renowned show, Toronto’s Original Choreographer’s Ball (Choreoball -Toronto), host to the industries’ top choreographers and performers. Kathryn curated theUrban Stage at Panamania for the 2015 Pan Am Games and has created and performed in works for Fashion Cares, FiDA:Toronto Fringe Festival, Celebrate Toronto Street Festival, Villa Charities Venetian Ball, and several Independent projects in fashion, music and theatre. Kathryn was on the 2018 faculty of The Dance Project Convention and was an invited guest choreographer for Toronto based contemporary Company Ace Dance Theatre’s inaugural show. A Bachelor of Arts Graduate from the York University Dance Program specializing in choreography and performance, Kathryn formally trained at Randolph School for the Arts. She is currently completing her teacher training to become a Strala Yoga guide. Kathryn teaches at throughout the GTA and held the Artistic Director position at DanzArts Toronto from 2012-2017. She continues to receive recognition and accolades for compelling choreography and excellence in training dancers. She is passionate about arts education and collaborating with youth, emerging and professional artists.

He has trained in ballet, jazz, hip hop, modern, lyrical, tap, African, samba, Capoeira and Caribbean dance, and is always looking for the new and next thing that is going to help to further diversify and learn.

He has danced for various recording artists such as Janet Jackson, Kylie Minogue, Aleesia, Shawn Desman, Lloyd Banks, T-Pain, Fabulous, and Busta Rhymes. Additionally, he has had the pleasure of working for productions by Warner Brothers, Nickelodeon, Nickelodeon Germany, Universal Studios, Paramount Canada’s Wonderland, and YTV. Artists never stop evolving; as an actor, featured on CBC’s original Schitt’s Creek; as a playwright and producer, Nick has completed and previewed an original work entitled BionicBlue, an amalgamation of dance digital media and original poetry showcased at Toronto’s Canadian Stage Company.

Director of Airtight Entertainment dance company alumni members have been featured in productions by Disney, The Next Step, So You Think You Can Dance Canada, YTV’s The Next Star, Cirque de Soleil, World of Dance Toronto Champions. In addition to teaching at studios across Ontario, credited adjudicator with the Professional Adjudicators Alliance, he has been fortunate to travel and teach across Canada, the US, Mexico and the Caribbean

Johnathan Morin is a leading force in Canadian Tap dance today. Hailing from Edmonton Alberta, the 29-year-old professional tap dancer is making a name for himself across the country and around the world. He is the Co-Artistic Director and Producer of the tap dance company called “Rhythm & Sound”. Established in 2015, Rhythm & Sound has since been presented by the Feats Festival of Dance in Edmonton in 2017 and also the Toronto International  Tap Dance Festival in 2017 as well. Other accolades include principle dancer in the tap dance production “Love.Be.Best.Free” Directed and choreographed by Danny Nielsen in which they went on tour for 3.5 weeks in B.C. This was the first tap dance tour in  Western Canada in 35 years. He was on faculty for the 2014 Vancouver International Tap Festival as well as the 2017 Toronto International Tap Festival. Johnathan has performed at the TD Toronto Jazz Festival in 2013 and 2016 as a guest and most recently Johnathan was presented as a featured artist as part of the 2019 festival as well. He also has been brought out by Feats Festival to teach workshops in Edmonton in 2015 and 2017. In 2018 he danced with Toffan Rhythm Projects alongside the Toronto Jazz Orchestra as part of the 2018 Edwards Summer Music Series. Johnathan is currently living in Toronto where he teaches at various well-respected studios in the GTA.

We encourage the development of a dancer’s artistic sensibility as well as technical prowess.